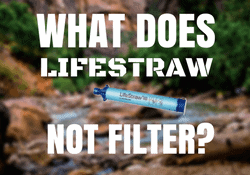 As I’ve been researching all my water options for a potential survival situation, an appealing addition to my Bug Out Bag is a LifeStraw.

There are many questions that spring to mind when considering this purchase as it’s an entirely new concept to the prepper newbie – something that allows you to drink dirty water?! How crazy is that?! And how amazing is that?!

Of course it seems like an amazing device, but for safety reasons we need to know right off the bat …

Now that we have that clear lets look at some other practical uses for the LifeStraw and some real world examples of how we can use it.

How does the Lifestraw work?

The idea behind the LifeStraw is it’s a personal use straw that you can stick into some dirty water and suck up water that comes out clean at your end.

It works with hollow fibre micro filtration and essentially filters out contaminants in the water as you suck it up the straw.

The way they describe the internal workings is like lots of tiny little tubes running up and down the inside of the straw that have even smaller pores (less than 0.2 microns across) to catch the nasties as they go through. Letting the water pass through and so the microfiltration process purifies your water.

There’s absolutely no chemicals involved in the filtration process and it works purely on mechanical filtration. The idea being that with no moving parts or perishable chemicals, the LifeStraw can last a VERY long time.

What DOES the LifeStraw filter?

Basically if it’s anything but chemicals, salt water, heavy metals and viruses the LifeStraw does a really good job. the filter with trap dirt, bacteria and parasites and let the water pass through for you to drink. The new model of the LifeStraw can filter a whopping 4000 litres before it gives up the ghost and the great thing about it is when it’s reached it’s max, it jsut stops working. So you don’t have to ever worry about drinking dirty water from it. When the filter is done, you can no longer suck up water through it.

They suggest after using it to drink that you blow through the straw or ‘backwash’ so that any excess water is expelled. And if you have access to clean water (though lets be honest why would you if you’re using it for the right purpose?) you can rinse it through.

To prevent any nasty bacteria growth they suggest you leave the caps off after use and let it dry properly before storing. Also keep in mind all the things mentioned above about what does Lifestraw not filter.

What’s the shelf-life of a LifeStraw?

Some different stories here as on the product page for LifeStraw it says 1000 litres or 256 gallons but on the LifeStraw website it says they’ve tested the Lifestraw extensively and it will wrk up to 4000 litres (1000 gallons) which is about the equivalent of using every day for 4 years.

Obviously this will be heavily reliant on what kind of water you are using it to filter through – but those are the figures that they claim.

When it’s reached the end of it’s filtering days, it just stops letting you pull up any water from it. This is reassuring as otherwise how would you know that you weren’t drinking unfiltered water through it?

Other important things to note that will cut short the life our your LifeStraw is that it must be kept below temperatures of 110 degrees fahrenheit or 43 degrees celsius. Just as important it should not be frozen as this can damage the internal filter without you realising.

Here’s the official take from LifeStraw:

LifeStraw products use hollow-fiber membrane filters to remove contaminants from the water source. No chemicals or moving parts are involved within the filtering process, meaning nothing will expire. If stored in a cool dark place and allowed to dry out between uses, the LifeStraw will last until it reaches capacity.

The other question I saw commonly asked is won’t the filter become contaminated with bacteria and be unsuitable to use as a filter after a while?

The answer to this is that the filter does trap bacteria and protozoa but you don’t have to worry about any of it coming through the mouthpiece because of the effectiveness of the filter. To help stop any bacteria growth around the mouthpiece it’s recommended you leave the cap off to let it dry after use.

Any pro tips for usage?

Can I Drink my Own Urine? Bear Grylls does it sooooo…..

And the surprising answer is YES!

If you find yourself in the scary position of not having anything other than urine to drink then LifeStraw does make it safer to drink that on it’s own.

However, it DOES NOT take away the taste or smell of urine when you are drinking it. Really this is an emergency only solution for fluids if you do not have ANYTHING else to drink.

What more do I need to know about LifeStraw?

Let’s look at a few interesting things about the LifeStraw. When you purchase a LifeStraw the company  provides safe drinking water to a child in the developing world for a whole year. Pretty cool.

One thing to note is it’s just a tad too wide to fit directly into a regular opening water bottle, so you’re looking at getting a container with at least an opening size that will fit it.  That’s if you don’t fancy lying or crouching on the ground and drinking directly from the water source every time you get thirsty.

For emergency preparedness this water purifying solution it has it’s place. The emphasis being on ’emergency’. For a day to day water system, it has great limitations. The fact that it only purifies water as you drink it means you can’t clean water to wash in for example.  There are however now lots of other solutions offered by LifeStraw with an impressive product range that covers the needs of family and group requirements much more efficiently.

However, it’s small, light and easy to carry and I think that if most people were given the option of having one as an emergency backup, they would say ‘why not?!’ and toss it into their bag.

Have you tried the LifeStraw? If so what do you think about it? Are there similar products you prefer?

If you haven’t tried it, are there any questions yo have about the LifeStraw that I didn’t cover in this article?

Let me know in the comments.

Thanks for taking the time to read 🙂 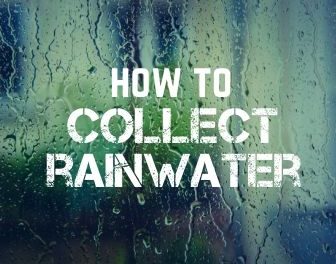 How to Quickly and Safely Collect Rainwater for Use in Survival 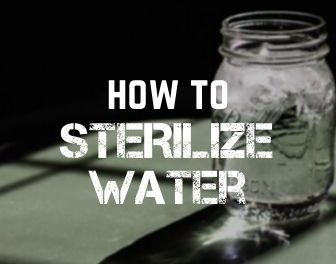 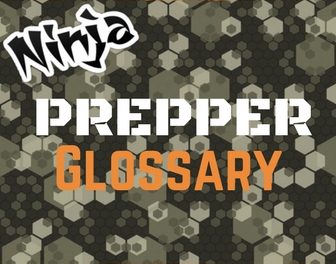